Efraim Eckhaus, President of Whitehaus Collection, has published two books on his family’s history during the holocaust. Each are available in digital format for the Kindle through Amazon.com. The book is also available in print. 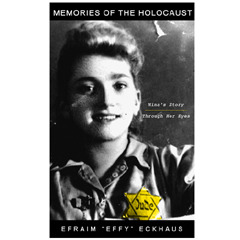 Memories of the Holocaust: Nina’s Story, Through Her Eyes

‘Memories of the Holocaust: Nina’s Story, Through Her Eyes’ is a historical semi-autobiography detailing Eckhaus’ mother’s memories of a distant time when free people, religion, and political choice were replaced with turmoil, strife and starvation as Hitler’s Germany invaded and eventually reigned in Poland, where she lived as a young girl with her family. Nina, his mother, gives personal accounts and tales of unwanted hardships, anger, sorrow, and frustration that will forever be overshadowed by her immense courage, strength, and unwavering determination.

‘Revealing the Untold Truth: The Second Generation,’ is a book detailing Jewish history and struggles from Babylon to Germany to modern day Israel. ‘Revealing the Untold Truth’ delves into the history of the psychological effects the Holocaust had on not just Survivor’s, but their children as well – the second generation. Eckhaus also touches upon his personal story, as both his parents were Holocaust survivors, and the struggles he dealt with while growing up in Israel.

These books have been described by readers as “must-reads.” To find out for yourself, click the images of each book for more information. All stories by: Kitchen Bath Trends